Best Time to Visit
The best game viewing months in Uganda are during the dry seasons from June to August and December to February. Primate walks in the forest are a big part of any safari in Uganda. The habitat of rainforests is, by default, very wet and one can’t avoid rain completely. However, after heavy rain, the skies often open up to bright sunshine.

Best Time to go on Safari
Uganda is a unique destination offering a wonderful mix of savannah and forest parks. Gorilla and chimp tracking are highlights, but many smaller primates can be seen as well. Uganda also offers great savannah safaris, but not all of the Big Five are present. Black rhino is extinct and the status of the white rhino was the same until they were reintroduced in Ziwa Rhino Sanctuary in 2005. Cheetah and leopard are relatively rarely seen. Lion is quite common in Queen Elizabeth and Murchison Falls National Parks. They can often be found hunting Uganda kob, which give them away with their alarm calls. Giraffe can only be found in Murchison Falls and Kidepo Valley national parks while zebra exists only in Murchison Falls and Lake Mburo. Uganda is also a prime birding destination.

The best time for game viewing is in the dry season (December-February and June-September). Some of the roads are impassable in the rainy season (September-November and March- May). Gorillas can be tracked all year round, but the experience can be spoiled to some extent by heavy rain in the wet season.

Uganda is home to many West African mammal species as well as the more usual East African safari animals. Primates are especially well represented. Patas monkey, red-tailed monkey, De Brazza’s monkey, l’Hoest’s monkey and grey-cheeked mangabey are some of the specials. The black-and-white colobus is widespread throughout Uganda. Uganda is home to a wide variety of antelope species. The Uganda kob, the national antelope, is a near endemic. The very rare sitatunga antelope is found in six national parks in the country, but rarely seen. The uncommon oribi is often seen in pairs in Murchison Falls National Park.

Best Time for Bird Watching
Uganda’s remarkable avian diversity (over 1000 species within an area the size similar to that of Great Britain) can be attributed to its location between the East African savannah, West African rainforests and semi-desert of the North. Uganda offers easy access to bird-rich habitats that are difficult to reach elsewhere. The country has only two endemics, but if you only take East Africa in consideration, you could count 150 species to be found only in Uganda. Migrant birds are present from November to April.

From a birdlife perspective, Uganda is good all year round, especially since the main birding interest lies in the resident birds. The climate is the main factor to take into consideration. Uganda is a very wet country. During the wet seasons, roads and forest trails might be in poor condition and rains could interfere with birding time.

In general, the best time for bird watching is from late May through September when the rain is less and food is abundant. The main nesting season in Bwindi and Mgahinga (key sites for the Albertine Rift Endemics) is May and June, but from mid-April to mid-May the rains might still be too heavy. February and early March is the only time Semuliki is relatively dry, but it is uncomfortably hot in the north, including Murchison Falls NP. December and January are also good months since the north is not too hot yet and there is less rain in the south. The best time for primate tracking and wildlife viewing in the savannah reserves is also in the dry seasons, from June to August and December to February.

*Travel Alert: Some countries have issued a travel warning for the Karamoja region in northeastern Uganda with the exception of trips to Kidepo Valley National Park which can be visited by air. See the links below for the official travel advisories of several governments.
Fortunately, this risk zone is easily avoided without compromising your safari. When taking normal safety precautions, Uganda can be considered safe as a safari destination and for most general tourism. The is our premier primate safari, featuring 2 full days of gorilla trekking tours as well as chimpanzee trekking. 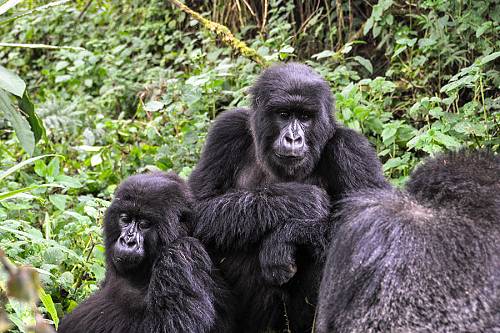 See nature’s most fascinating creatures, chimpanzees and gorillas, in their natural habitat on this Ultimate Ugandan Wildlife Safari. 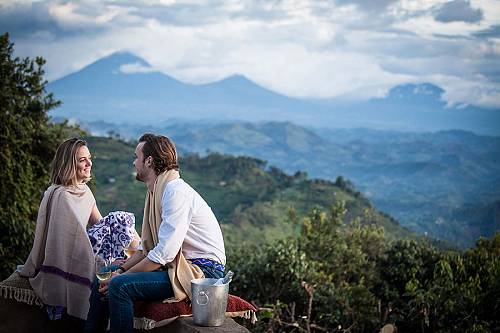 Experience the best gorilla trekking safari in Uganda and Rwanda! This trip includes two gorilla trekking tours: one with a fully habituated gorilla family and one with a semi-habituated family (a more wild and authentic experience). Not to mention chimpanzee trekking and an African wildlife safari!

Plan Your Trip to Uganda 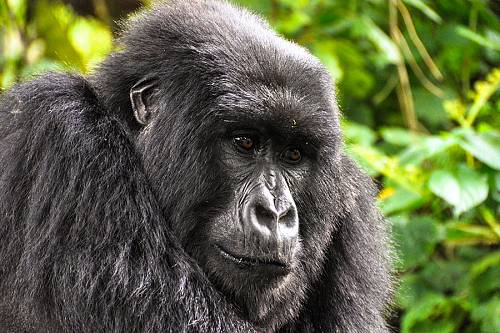 Explore the wild, beautiful, and diverse landscapes of Uganda on this amazing gorilla trekking safari. Discover the unique wildlife of Africa in Murchison Falls, Queen Elizabeth National Park, and Lake Mburo. Plus, enjoy chimpanzee trekking in Kibale and gorilla trekking in Bwindi!