From $7,599 per person 7 days Includes in-country flights Based on 2 travelers

From $7,599
per person
7 days
Includes in-country flights
Based on
2 travelers

We designed this Out of Africa Adventure: Luxury Kenya Safari for a couple from Toronto who loved Out of Africa and wanted to experience the romance and adventure of the film in real life. We sent them to 2 of Kenya’s most luxurious safari lodges for an old world-style African safari.

Upon arrival in Nairobi, their Out of Africa Adventure began with a private charter flight to Segera Retreat. Segera is a treasured haven for Kenya’s most celebrated wildlife species, where a holistic approach to wellness ensures a revitalizing and authentic safari experience. They spent a relaxing evening in their luxurious villa, featuring the best of colonial and traditional styles, before their next 2 days of adventure.

While at Segera, they enjoyed personalized game drives in luxurious open-air vehicles. Having been on safari several times, they were able to seek out the members of the Big 5 they hadn’t seen before with the help of their expert guide. In between safaris, they indulged in restoring spa treatments and delicious gourmet meals at the lodge.

Next on their Out of Africa Adventure, they were flown to Angama Mara, a luxury safari camp situated high above the Great Rift Valley overlooking the plains of the Maasai Mara. They enjoyed an exciting evening game drive before retreating to their intimate and luxurious tented suite with breathtaking views of the valley.

In addition to wildlife safaris, our clients were able to interact with Maasai villagers in their traditional homesteads and try their hands at Maasai crafts and beading. They also enjoyed an unforgettable Out of Africa experience. Their Maasai guide led them to the top of the very same hill featured on the Out of Africa film poster, where a full colonial-style bush picnic was waiting. The exclusive and romantic picnic was a highlight of their trip.

After 6 magical nights indulging in an Out of Africa-inspired safari adventure, their luxury safari came to an end. They were transferred to the airport to begin their journey home.

Welcome to Kenya! Upon arrival at Wilson Airport in Nairobi, enjoy a private charter flight to Segera Retreat in the heart of Laikipia, one of Kenya’s most exciting safari locations. In a safari experience reminiscent of Out of Africa, enjoy a wide range of personalized activities in a landscape of savannah grasslands, waterfalls, rivers, and woodlands.
Segera Retreat

Day 2 – 3
These days are yours to spend at your leisure. Enjoy game drives and walking safaris to spot the Big 5 of Africa, along with zebras, giraffes, cheetahs, and much more. You can also enjoy helicopter tours over beautiful lakes and mountains, as well as cultural excursions to nearby villages and Segera-supported community projects. Between adventures, unwind in your lush and luxurious rooms or at the spa.
Segera Retreat

Day 4
Today, enjoy a private charter flight to Angama Mara, inspired by the Swahili word for “suspended in mid-air.” This luxury tented camp sits high in the air overlooking the beautiful and wildlife-rich Great Rift Valley in the Maasai Mara. Settle into your modern, luxurious tented suite and enjoy an exciting game drive, followed by a relaxing evening lounging on your private deck overlooking the African plains.
Angama Mara

Day 5 – 6
Spend the next 2 days on a wildlife safari adventure. Enjoy completely personalized safaris in the Mara Triangle. Take a hot air balloon safari for a one-of-a-kind adventure. You can also indulge in a special romantic treat: an Out of Africa-style picnic. A Maasai guide will bring you to the very same hill featured on the Out of Africa movie poster for a luxurious picnic in the bush.
Angama Mara

Day 7
Today, your Luxury Kenya Safari comes to an end. Enjoy a private charter flight to Jomo Kenyatta International Airport, where you will begin your journey home. 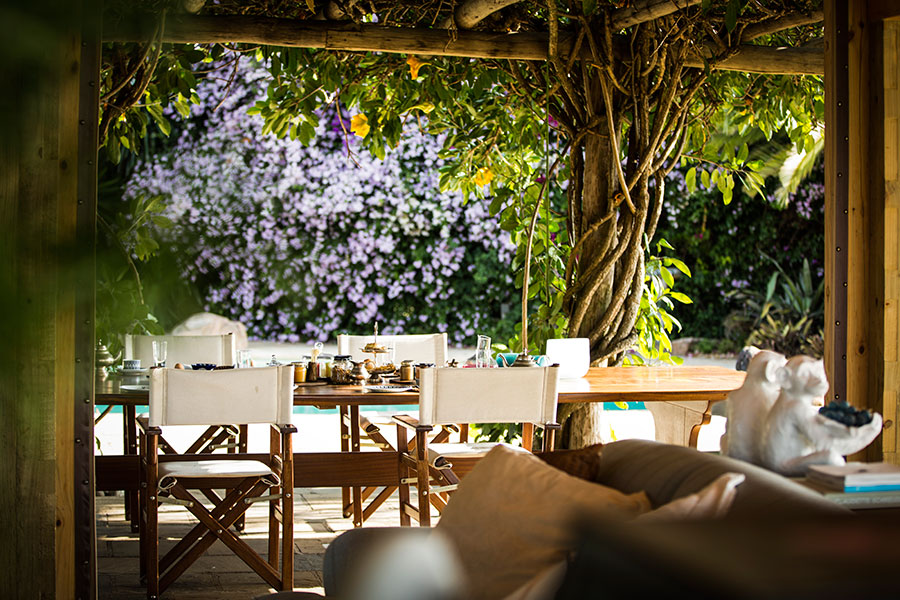 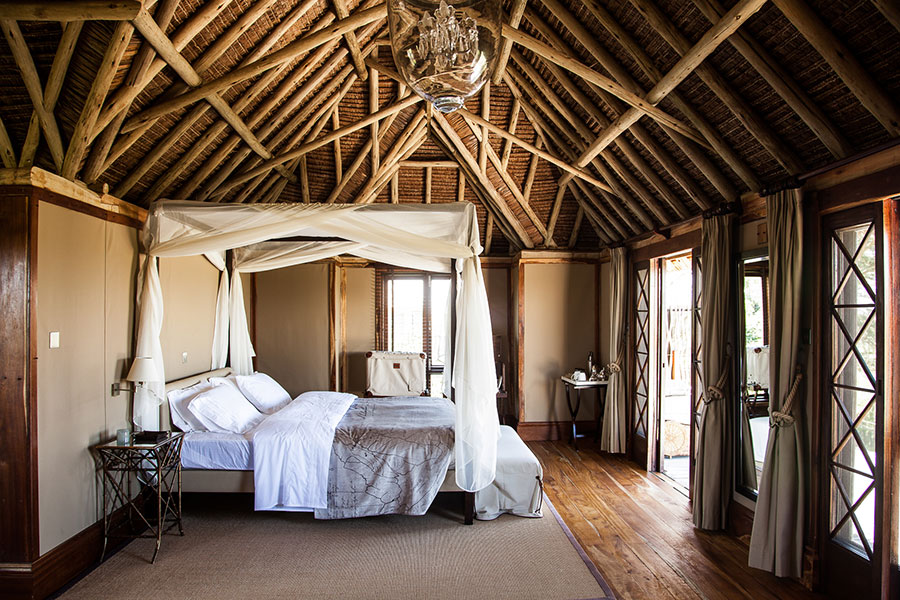 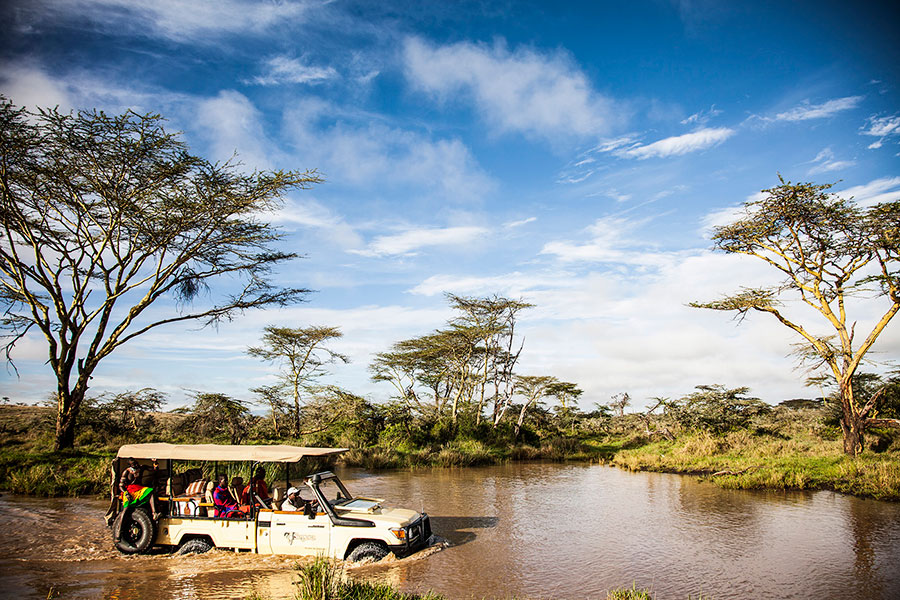 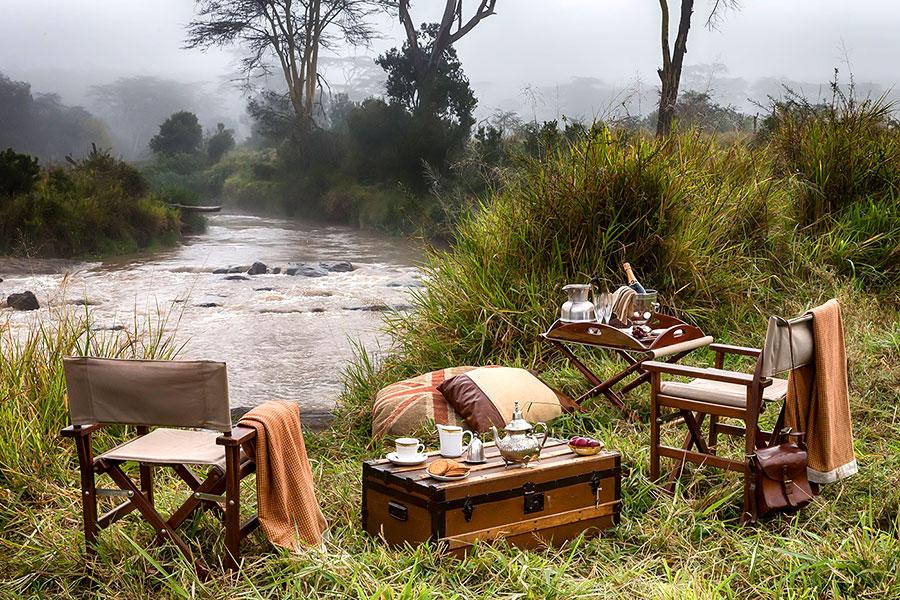 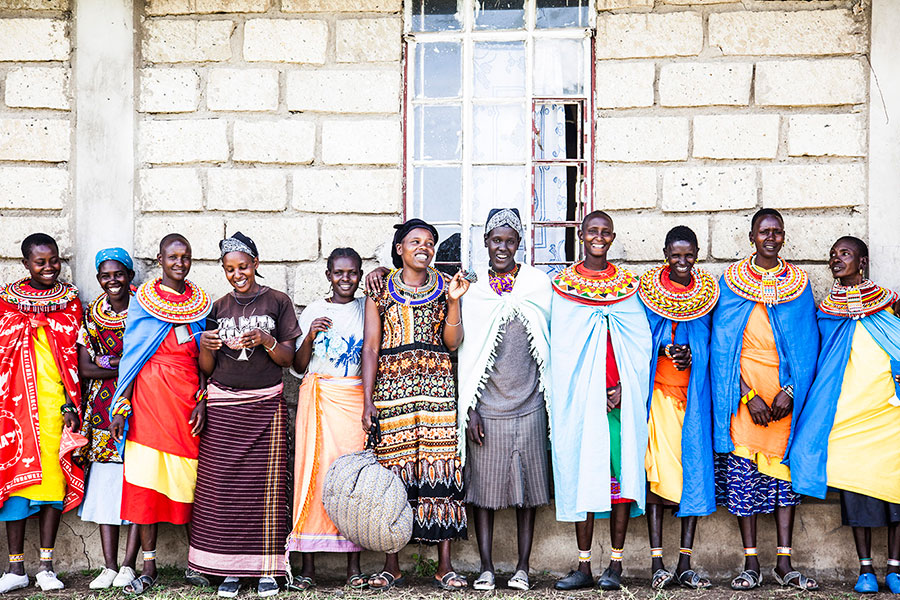 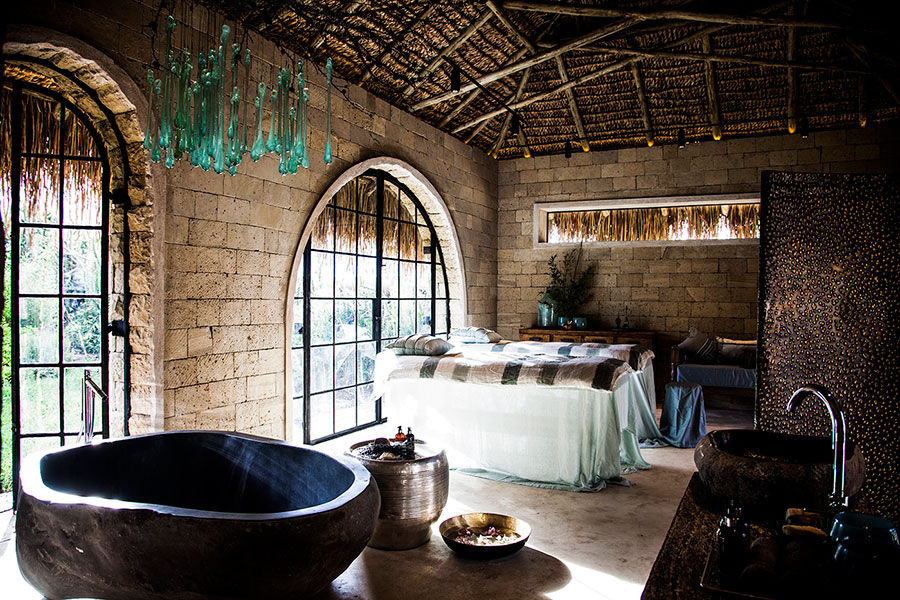 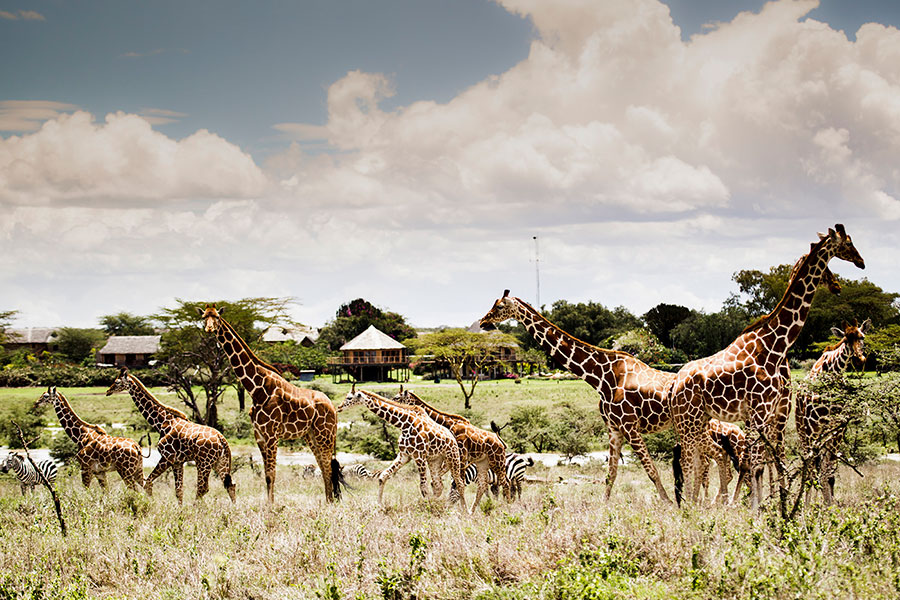 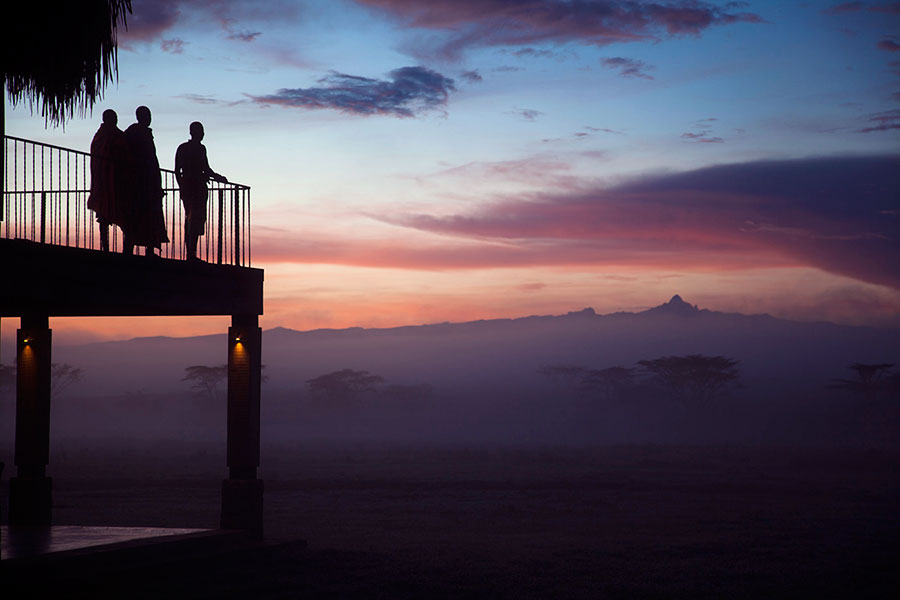 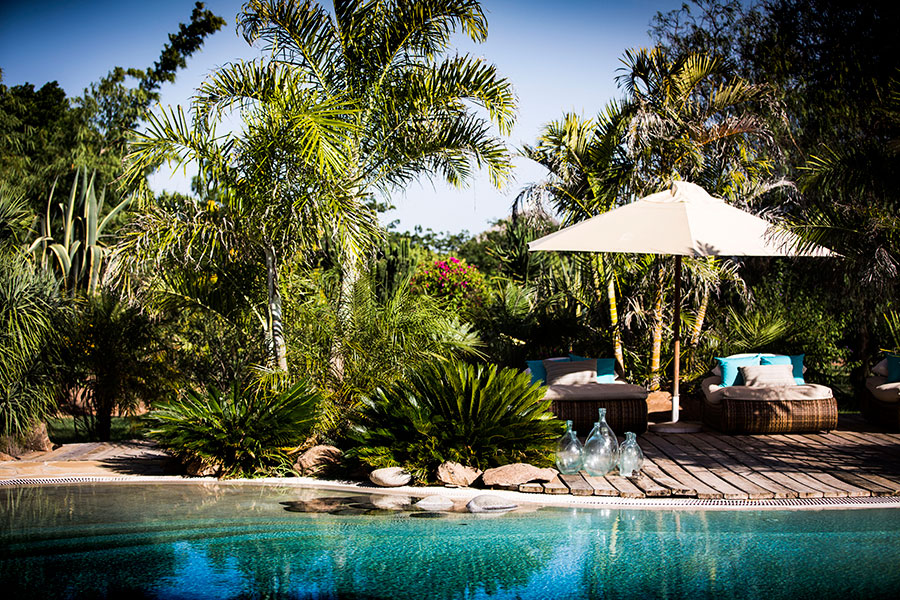 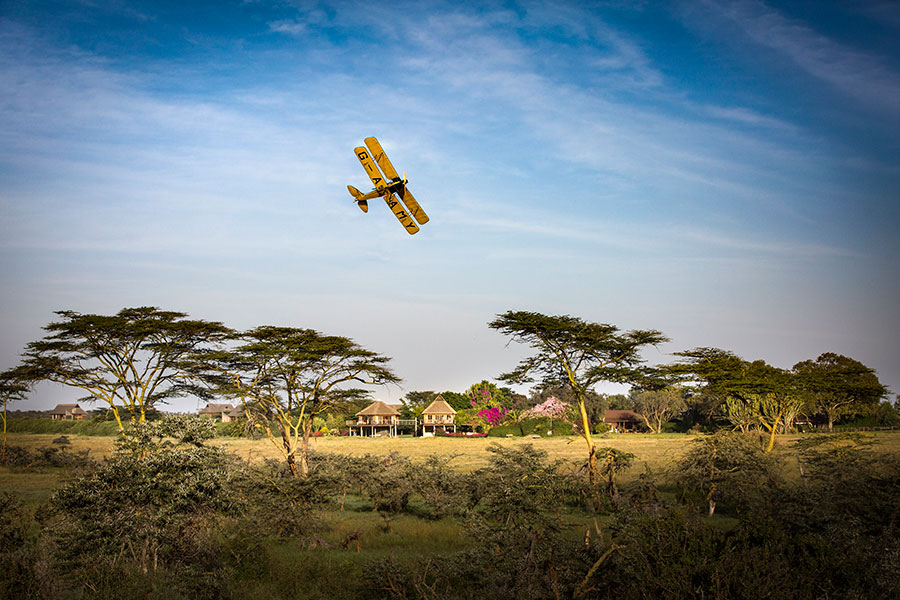 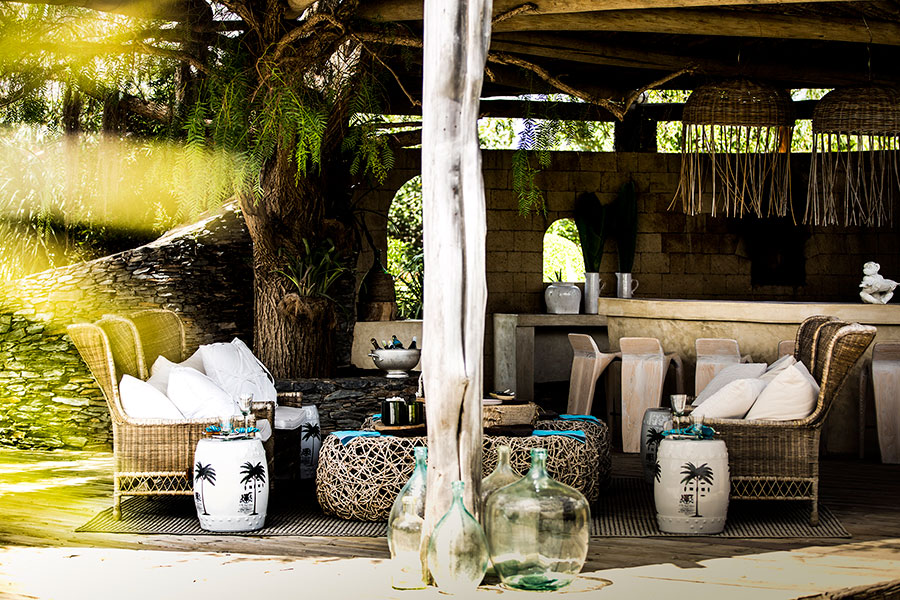 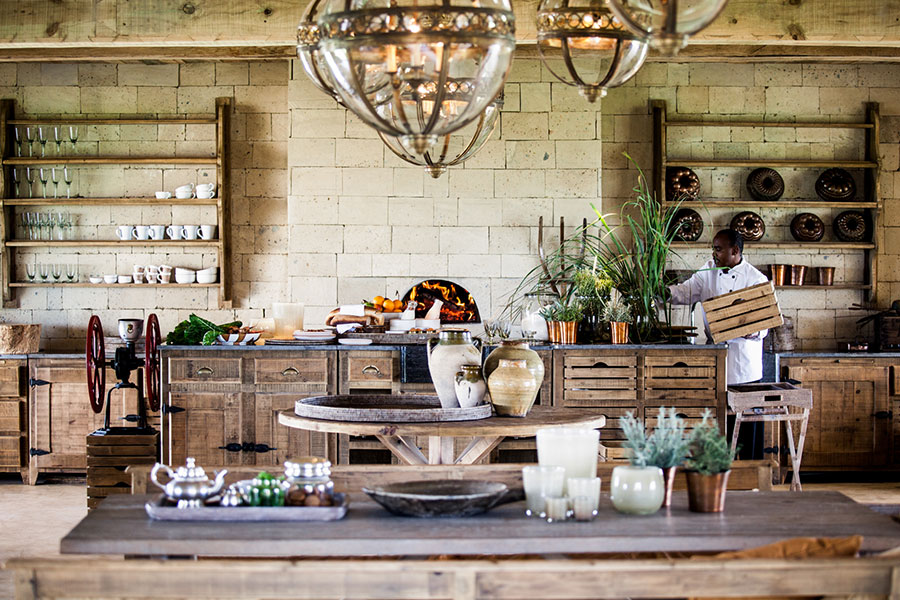 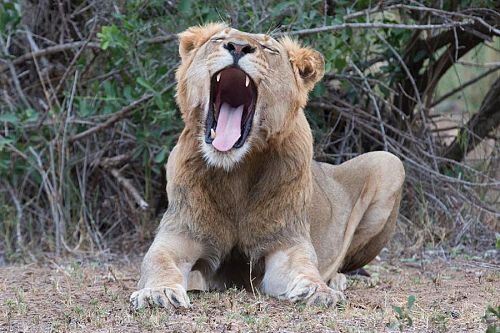 The most iconic African wildlife are certainly the Big 5. If you’re heading on your first wildlife safari, you’re probably hoping to check these sightings off your bucket list. But what exactly does “Big 5” mean? They aren’t necessarily Africa’s largest animals or the most famous. The term “Big 5” is actually taken from hunting Read More… 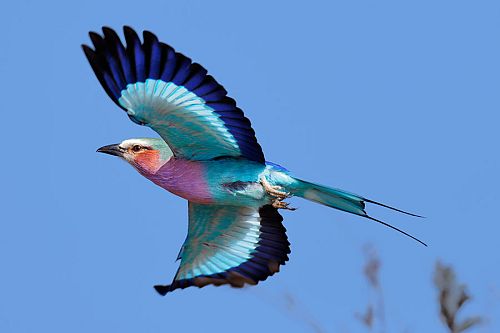 Most people going on an African wildlife safari want to see the Big 5 of Africa, but it’s a common misconception that the big animals are always the most exciting to see on safari. The ecosystems of Kenya and Tanzania are extremely complex. Every animal, from the largest elephant to the smallest insect, plays an important Read More… 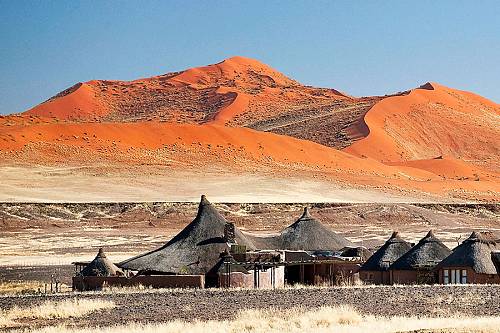 Experience the unique and unspoiled regions of Namibia with a private guide. From the dramatic dunes of Sossusvlei to the desert-adapted wildlife of Etosha National Park, discover all of Namibia’s highlights, hidden cultures, and otherwordly scenery. Enjoy the ultimate South African family adventure! Featuring private touring in Cape Town, an epicurean getaway in the Cape Winelands, a Big 5 safari in Madikwe Game Reserve, and much more. Get a unique feel for South Africa’s highlights while staying in the best luxury hotels.