Home » Destinations » Zambia » What To Know

Getting Here
Zambia’s main airport is Kenneth Kaunda International Airport (LUN), located 14km/9mi from the capital, Lusaka. From Lusaka, you can fly or drive between reserves. When your safari includes South Luangwa, Zambia’s most popular park, you could also fly to Mfuwe International Airport (MFU), just outside the park. If your safari is combined with a visit to Victoria Falls, you will most likely fly in or out of Livingstone Airport (LVI), just outside of Livingstone and close to the falls. In most cases, your local tour operator will arrange pick-up from the airport and further transportation as part of your safari package.

Weather
Zambia is situated in the tropics and receives good rainfall. It has a dry season from May to the end of October and a wet season from November to April. At this time, many areas become inaccessible and most camps in Kafue, Lower Zambezi, and more remote parks close down. The Mfue sector of South Luangwa is accessible year-round. The further north, the earlier the rains arrive and the later they leave. Eastern and higher areas generally receive more rain than western and lowland areas. The dry season is divided into the cool dry season (May to August) and the hot dry season (September and October).

May to October – Dry Season – Winter

Health & Safety
Zambia is generally a safe country to visit. This is even more so if your visit is primarily an organized safari. Around 800,000 tourists visit Zambia every year and most visits are trouble-free. There is a very low threat of terrorism. Unfortunately, terrorism has become part of life and it is very difficult, if not impossible, to safeguard against it. Fortunately, incidents are very rare and the chance of being a random victim is almost negligent.

As with many third-world countries, theft and muggings are relatively common, but most incidents are in cities- Lusaka and Livingstone in particular. Expatriates have been the victim of armed robberies in Livingstone, Copperbelt, and elsewhere, but tourists on an organized safari tend to be shielded from these kinds of risks. Walking unaccompanied through the city is not recommended. An overnight stay at a reputable hotel or an organized visit to one of the many attractions in or around the city is fine. Traveling or driving at night is not recommended.

Malaria
High risk throughout the country. The highest risk of transition is in the rainy season from November to May. See websites below for more detailed advice. This Zambia Safari Adventure package gives you the ultimate experience of Zambia wilderness. Visit 4 of our favorite intimate safari camps for an unforgettable adventure. Go off the beaten path with this very active and remote safari tour of Zambia. Explore the magnificent South Luangwa National Park on walking safaris and game drives with expert guides! Enjoy a luxurious, authentic, and intimate experience with Zambia. Relax at 4 remote luxury camps and take a variety of safari excursions at your leisure. Plan Your Trip to Zambia Go off the beaten path in Zambia and Zimbabwe! Head to remote, authentic bush camps where wildlife roams free. In South Luangwa National Park and Mana Pools, experience the thrill of safari by vehicle, boat, and on foot, then finish at a beautiful boutique hotel in Victoria Falls. Discover romance and adventure in Zambia’s most pristine wildlife parks. Enjoy remote wildlife safaris in the Lower Zambezi and South Luangwa National Park, then finish your trip at a luxury beach villa on the breathtaking Lake Malawi. 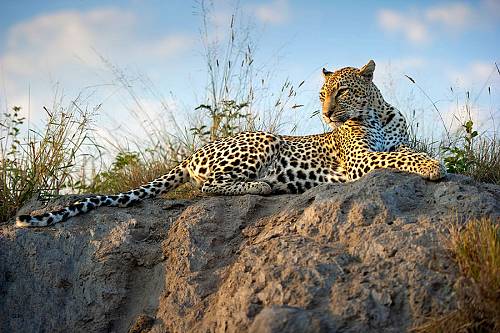 This trip has a bit of everything! Start with culinary delights and unique adventures in Cape Town (snorkeling with seals, anyone?), followed by a luxury safari in the Sabi Sands. Finally, stay at a unique island lodge in the Zambezi River and explore Victoria Falls by land and air.