Getting Here
There are direct and one-stop flights from overseas to Dar es Salaam, Kilimanjaro (near Arusha) and Zanzibar Island. Arusha town is the starting point for Tanzania’s most popular Northern Safari Circuit. Kilimanjaro International Airport (KIA) is situated 46km/29mi east of Arusha. Tanzania’s main airport is Julius Nyerere International Airport (DAR) located 13km/8mi southwest of Dar es Salaam. The latter is the entry-point for visitors to the southern parks.

Moving on from Arusha or Dar es Salaam you can fly or drive between reserves or you can opt to do a bit of both. Some domestic flights out of Arusha will leave from Kilimanjaro International Airport, but most flights to reserves leave from the much smaller Arusha Airport (ARK) located 8km/5mi west of town. However you choose to travel, in most cases your local tour operator will pick you up from the airport and arrange all further transportation as part of your safari package.

Weather
Tanzania has a pleasant tropical climate but has large regional climatic variations influenced by several factors, including altitude. Temperatures drop by about 3.5°F per 1000ft you climb. The hottest and most humid part of the country is on the coast. Other low lying areas, such as the western and southern parks, are also hot but much less humid. The rest of the interior is much milder and cools down significantly at night. Tanzania is too close to the equator to experience a real winter and summer. There is, however, a dry and wet season.

November to May – Wet Season

Health & Safety
Tanzania is, overall, a safe country to visit. This is even more so if your visit is primarily an organized safari. Almost a million tourists visit Tanzania every year and most visits are trouble-free. There have been several terrorist attacks in the past, but the last one, where a hotel was bombed, was in 2002. Unfortunately, terrorism has become part of life and it is very difficult if not impossible, to safeguard against it. Fortunately, incidents are very rare and the chance of being a random victim is almost negligent. As with many third-world countries, theft and muggings are relatively common, but most incidents are in cities like Dar-es-Salaam and Arusha. Walking alone around the city is not recommended. An overnight stay at a reputable hotel or an organized visit to one of the many attractions in or around the city is fine.

Malaria
High risk throughout the country except in high altitude mountains over 2000m including Ngorongoro crater rim, Mt Kilimanjaro and parts of the Eastern Arc Mountains. Most safari parks are high-risk zones. The highest risk of transition is in the rainy season from November to May. See websites below for more detailed advice. Enjoy a seamless journey between Tanzania’s top safari highlights: Tarangire, Ngorongoro Crater, and the Serengeti. Stay in unique lodges, from old-world coffee estates to romantic tented camps, and discover the safari adventure of a lifetime! Flights within Tanzania are included in this trip. 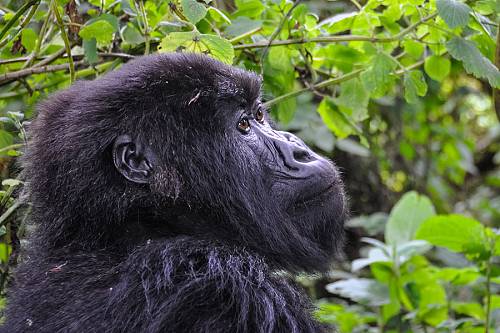 Encounter wild mountain gorillas in the Rwandan jungle; see lions, cheetahs, elephants, and much more on a Serengeti safari; and explore the Ngorongoro Crater and Lake Manyara on this bucket list safari birthday vacation! This Tanzania Safari Getaway lets you discover 2 of the country’s lesser known parks: Katavi and Mahale Mountains National Park. It was designed for 2 couples from Australia who wanted to see the untouched, remote western circuit with this one of a kind experience that gives the perfect blend of safari adventures and luxurious relaxation. They arrived at Kilimanjaro International Read More…

Plan Your Trip to Tanzania Ready to cross a Mt. Kilimanjaro climb off your bucket list? Take this iconic trek along the Rongai Route with the help of an expert, English-speaking guide. The highlight is an incredible sunrise at the summit—the highest point of Africa! Experience the highlights of Tanzania, including safaris in the famous Tarangire and Serengeti National Parks and in Ngorongoro Crater. This luxury safari takes you to Tanzania greatest safari highlights: huge herds of tusker elephants in Tarangire National Park, beautiful Gibb’s Farm in Ngorongoro Crater, and a Great Migration safari in the Serengeti! Enjoy some of Tanzania’s most exclusive wildlife viewing at luxury safari lodges throughout. On this Tanzania Luxury Safari, see all the highlights of Tanzania, including the Big 5, the Serengeti, Ngorongoro Crater, and the Maasai tribe. This Rwanda and Tanzania vacation allows you to go gorilla trekking, witness the Great Migration, and visit beautiful African beaches. Tour the highlights of Tanzania in luxurious style! Enjoy luxe mobile camping in the Serengeti, a relaxing retreat at an elegant farm lodge, walking safaris with Maasai warriors, Lake Manyara sundowners, and much more. Boutique properties and 5-star service ensure the utmost comfort throughout your trip.